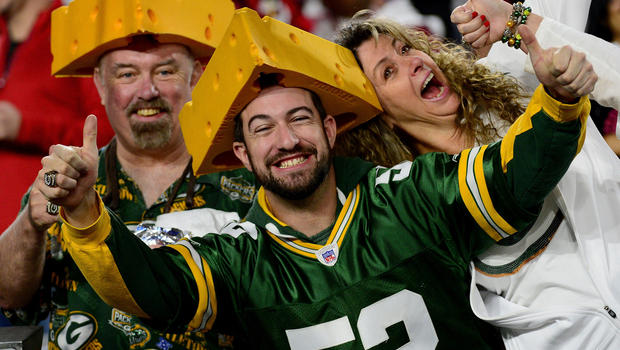 It’s me, the dummy. Yes, you read that correctly. I qualify in this regard as last year I went from a relative NFL newbie to dummy status in just one year.

Maybe someday I’ll earn god status like Cathal where you’re grinding the tape in the off-season. Not quite there yet.

The 2019 NFL Season is upon us this weekend, and I assume there’ll be a good few of you interested in starting to follow football. That’s where we start first. ‘Football’.

Football – You’ll hear American broadcasters refer to the sport as ‘Football’ and not ‘American Football’ as you may be used to hearing. Simply put – us Europeans are yet to concede ‘football’ status to the Americans. If you’re in the U.S – you can clearly differentiate soccer from football. Not over here, anytime soon.

The Pigskin – This is a slang word describing the football used in games. Commentators may say ‘toss the pigskin’ etc but rarely do. This football used to be made from an inflated pigs bladder. Now it’s made from tears of Chargers fans and a strand of Jadeveon Clowney’s dreads.

Down – A ‘down’ is basically a play in football terms. Each team has 4 downs to try and advance 10 yards or more up the field. Play will start with the down and then end when the down is over.

End Zone – This is the stretch of the field where you can score a touchdown. Just land in it and you’ll be fine. Players have to make sure both feet are touching it for eligibility purposes. No one legged catches.

Sack – Essentially a tackle to the ground. The defensive player aims to ‘sack’ the opposition player who has the ball. Not comparable to a primary school sack race.

Snap – The Centre of the offensive unit will ‘snap’ the ball to the Quarterback to start the play. Not to be associated with crackle or pop.

Rookie – A term used to describe an NFL newbie – or player that hasn’t played any NFL games yet. Likely fresh out of college or juvenile prison.

Rush – To ‘rush’ the ball means to run with the ball after it is snapped. Players will have accumulated ‘rushing’ yards if they advance up the field on a run.

Superbowl – The finale. 32 teams compete each year to make it to the playoffs, and then two undefeated teams from the playoffs make the Superbowl. Famous for epic games, advertisements and Janet Jackson’s bits.

Touchdown – The end goal. Making a touchdown is like scoring a try in rugby, only you don’t have to ground the ball. As long as you don’t drop it before you make it to the end of the pitch, you’re laughing. It’s worth six points.

PAT/Conversion – Teams can attempt a Point-After-Touchdown, coincidentally, after scoring a touchdown, to gain an extra point. This is usually carried out by the ‘Kicker’ on the team who kicks the ball between the posts.

Field Goal – Like a penalty in rugby; if you find yourself close enough to the End Zone you can attempt a Field Goal. This is worth 3 points as opposed to the 1 for a PAT.

Two-point conversion – If you’re feeling lucky (or down by more than 1 at the end of the game) teams can opt for a ‘two-point conversion’. This can only be carried out after a touchdown as opposed to a regular PAT. The play is started from the opponents 2-yard line and if you fail, you don’t get any points.

Safety – If a team finds themselves in their own End Zone and gets tackled – it’s two points for the defense that tackled them. This is called a ‘safety’ – and teams must forfeit the ball to the other after. 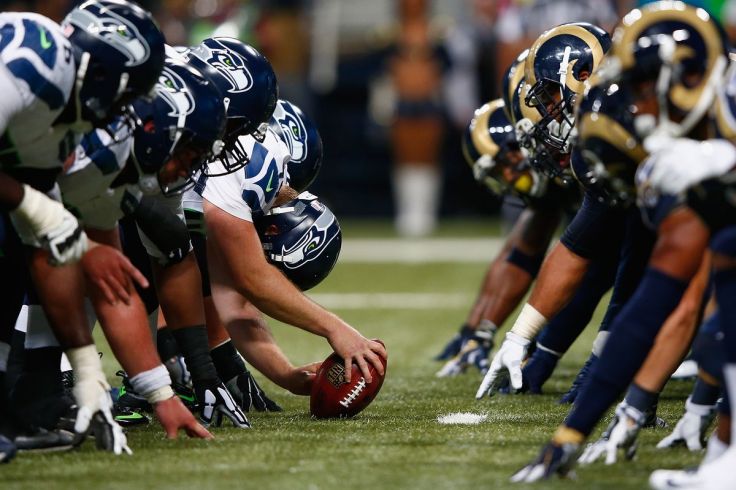 11 offensive players line-up at any one given time. They can be differentiated by categorising them as the backfield, offensive line and pass-catchers.

Quarterback – The golden boy. Easily one of the most pressurising positions in all of sports. The quarterback (or QB for short) catches the initial ball from the snapper and has to decide whether to pass it, run with it or hand it off. If they pass it, they have to navigate the ball to their team-mate who is likely being covered (marked) by an opposing player, and they usually have to throw it over lots of leaping burly men. Not fun.

Half-back/Running Back – The Running Back (or RB for short) aims to take the ball off the QB and run forward with the ball to gain yards. Usually seen as a safer option than passing, especially when very close to the End Zone.

Fullback – Usually lines up between the Running Back and Quarterback, with their main purpose being to block opposing players and create space for the RB to rush the ball. They can also act as an additional runner or pass-catcher.

Center – The guy in the middle. Usually morbidly obese but athletic at the same time. Protects the ball until the play starts and then ‘snaps’ it to the QB through their legs. They then get in to a tussle with the opposing center.

Guards – Usually two guards line-up either side of the center. Their aim is to ‘block’/hand fight with the opposing equivalent to sure up room for a team-mate rushing in with the ball.

Tackles – Two tackles will normally feature either side of the guards and perform relatively the same task, but with more room to do so.

Wide Receiver – The receiver’s main job is to catch the ball and run with it as far as they can. They usually get most of the glory. They run specific routes or ‘plays’ that they have rehearsed in training with the Quarterback.

Tight End – This is another pass-catching position, but they are bigger and blockier than their wide receiving counterparts. They can create room for a running back by blocking or make a run with a catch.

11 defensive players line-up at any one given time. They can be differentiated by categorising them as the defensive line, the linebackers and the defensive backfield.

Tackles – These guys are the wall of the defense. They line up in the middle of the line and try and battle their way past the opposing offensive line.

Defensive Ends – The defensive ends line up either side of the tackles and act again as a bit of a wall against the opposing offense, especially stopping runs or shorter passes.

Safeties – A defensive lineup will usually feature a Free Safety and a Strong Safety. Their role is to be the last men in the field to stop deep passes, but also covering opposing receivers and tight ends depending on the play.

Cornerbacks – These are usually the physically smaller of the defensive positions, as their main role is to cover the opposing wide receivers. Thus they have to be fast and read the run of their opponent to try and intercept or overturn the ball.

The season is played over 16 games in the regular season, usually between September and January.

The ultimate goal of each team in the regular season is to win games to make the playoffs. The playoffs is made up of 12 teams, including the winners of the 4 divisions in the AFC and NFC and 4 wild card teams – 2 from each conference.

The playoffs operate a knockout structure with the wild card teams playing the division winners with the least wins over the regular seasons. The first stages of the playoffs are still divided by division; NFC or AFC.

You’re probably wondering, at this stage of reading, who should I support? 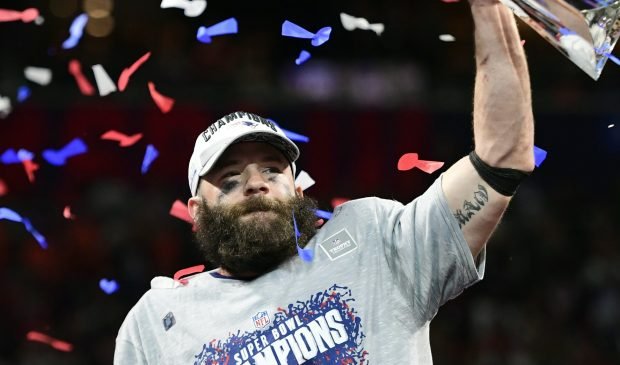 Mostly underwhelming as of late but showing signs of improvement with key young players.

An average team that has managed to stay afloat for awhile, but impending failure is looming.

A team with a a prolonged period of success, with a focus on building draftees.

Not that much success lately, but big signings in the summer has raised their legitimacy.

Known for their consistent high-level defense, led by a young star expected to take a leap soon.

Riddled with bad injury luck as of late, waiting for bigger things to come in the next few seasons.

A team of flashy assets that aren’t opposed to a big trade as of late.

Tasted success at times over the past few decades, consistently there or there abouts without being overly dominant.

A team with some of the best players in the league, but may lack enough depth to succeed.

Lost their biggest star of the last generation, but are determined to succeed in their absence.

A team that had an outlier of a season with huge success, but has failed to make any ground in-between.

Consistent and dependable, but can only carve themselves a certain ceiling for now.

A team with of veterans and young prospects looking to find a place in their respective league.

A team on the rise with some of the best players in the league, the only goal is a championship.

Much of it’s success is well in the past, currently rebuilding with a lot of proven veterans and a dash of youth.

A consistent team over the past few seasons with little to show from years of being above average. 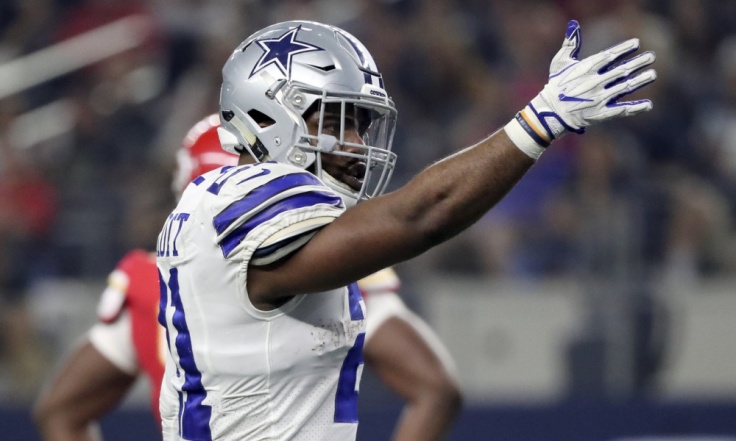 A team considered a national entity, and with that comes the haters and big characters.

A team with an incompetent front office hoping that one key young player can change everything by themselves.

Achieved recent success – if they can get to a certain level of consistency they are up there with the best.

An imposing team hungry for success, with a dependence on several key players.

Going through a phase of lacking roster talent and hoping for the best.

Have one of the greatest players of all-time, but not much else stepping up for them on the world stage.

A lot of pressure on their offense next year – but are a good team if they show up on the day.

Had a championship stripped out of their hands recently, still waiting on their revenge season.

Failed to repeat recent success, a team with a lot to prove this forthcoming year.

A team that has failed in the bright lights – but have all the foundations to be one of the best on any given day.

Currently going through some changes, will hope to have a decent showing this year.

Have the top prospect in the league – but with that comes the pressure of proving that.

Made a final in their infancy as a roster, hoping to make it a regular thing.

A lot rides on the progression of their key player, because if that fails, all else fails.

Pipped to make a step forward this year after several underwhelming seasons.