Last week on the Atlantic Sports podcast, Cathal and I went back over last year’s season division by division grading each teams year.

We graded them in the old school, alphabet style A-F system, so here goes:

With QB Alex Smith at the helm, the Chiefs ceiling seemed to only be so high. The talent was there, but they needed that one more centerpiece to make it to a higher level. QB Patrick Mahomes, in his first full-starting season, proved he was that and more. The Chiefs were arguably the most exciting offensive team in the league with Mahomes, Hill, Hunt (until the debacle) and Kelce manning the field. They went 12-4, dominating the Colts before running into the Patriots and losing in OT. Cathal made the point that they’ve made upgrades on defense but could hold them back as it did this past season.

The Chargers are one of those teams that are predicted to make that Super Bowl jump most years due to their strength, but have a history of falling just short. That seemed to be the case again this year. They put up a strong 12-4 record this year, but fell to the Wild Card spot due to their divisional record. Phillip Rivers had a strong year at QB, and their defense proved to be a huge asset notably in their first playoff game against the Ravens. Unfortunately they ran into the Patriots next time around, in New England, and a 41-28 scoreline ended things there. Cathal mentioned that they don’t have a notable weakness due to their well rounded roster, and are up there with the best next year again.

It wasn’t pretty for the Broncos this year, which is disappointing given their defensive capabilities. Ultimately, it was their offense that let them down, only eclipsing 30 points in one game over the regular season. They ended up going 6-10, with a 4 game losing streak the nail in the coffin to end the year. At one point they looked like they might be within a shout of a wild card spot. It was a tough division to appear in, likely only strengthening again next year. Cathal talked about their offensive lapses, and highlighted the QB position and trading for Joe Flacco. He expects him to play most of the season despite drafting Drew Lock as their future QB for years to come.

John Gruden really couldn’t have asked for a worse season to start as Raiders head coach. From the despicable trades of Khalil Mack and Amari Cooper, to the general lost look of the team over the course of the season. The Raiders conceded the most points in the AFC, and had little to be optimistic about. First rounder Kolton Miller didn’t help things, either. Jarred Cook was the one of the few positive elements making the Pro Bowl, but as a fan it was a pretty tough season to watch. All signs point towards next season, and while it might not be playoff worthy, Raiders fans can just hope for more. 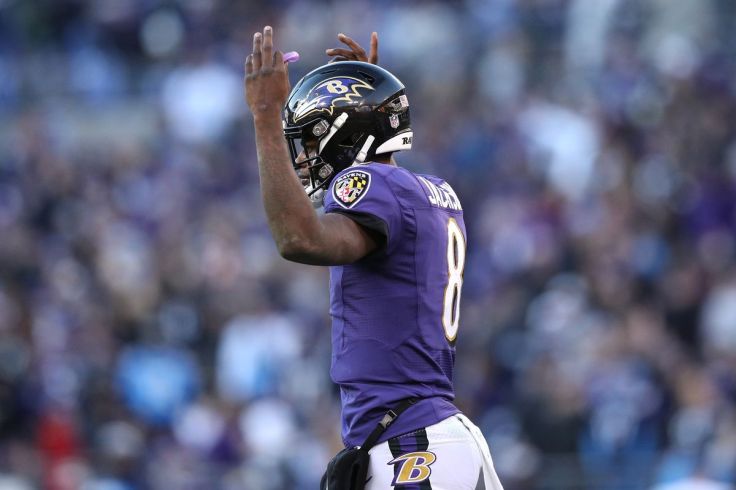 It really was a tale of two halves for the 10-6 Ravens. They started out as a 4-5 team with QB Joe Flacco at the helm. But an injury to Flacco allowed rookie Lamar Jackson to step in – and he sparked a 6-1 run to end the season. The Ravens landed a Wild Card spot but couldn’t get past a strong Chargers outfit, losing closely by 23-17. Their defense performed strongly all season, but ultimately they lost out to a more well rounded team in the playoffs. Cathal discussed his concerns over Jackson and his passing game and how it was exposed in the Wild Card game. The division is all to play for again next year.

A decent show out from the Steelers this past season, but disappointing for a team with such talent to not make a playoff appearance. The black mark over their season ultimately was the LeVeon Bell sit out, despite RB James Conner stepping up to the mark as his replacement. There was a lot of talk in this off-season in questioning Big Ben’s leadership, but he still has some good seasons left in him. Cathal mentioned that they don’t look like a team in transition, and a clear out of Bell and Brown may have been good for the locker room as a whole. They’ll expect bigger things next year for sure. 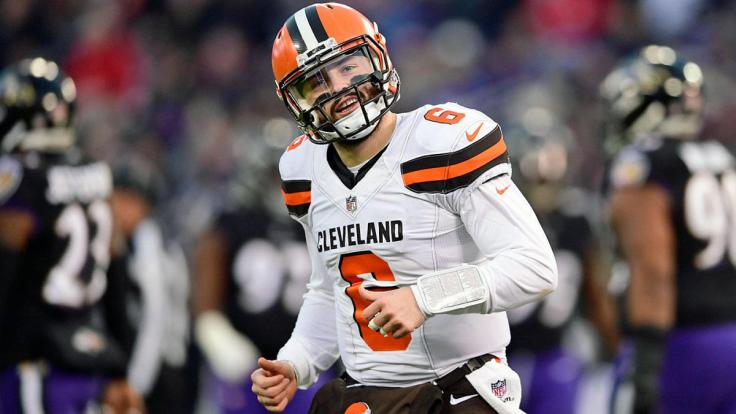 The Browns definitely have the most swagger coming into next season. With a slew if young talent with league experience and showman Odell Beckham Jr ready to go – it’s win win for Browns fans after the disappointment. This past season, they had their best record since 2007 going 7-8-1. Not close to a Wild Card spot, but most fans would have taken that before the season ended. It all rode on some coaching changes and QB Tyrod Taylor getting injured – giving way to Mayfield to prove his worth. Cathal discussed the huge hype around this team, and that number of big personalities to please next year.

Cathal – A for Andy (Dalton), F for the years of suffering

The Bengals were one of the better 4th seeded teams in the NFL, and even at one stage looked to be strong contenders for a Wild Card spot. Injuries plagued the team over the course of the season, as well as what Cathal describes as the ‘general incompetence of their head coach’. Well, they’ve made an overhaul on the coaching end, but the injuries are still a factor losing AJ Green for several games and their first round pick in this year’s draft. Cathal wasn’t too optimistic on their hopes for next year given the circumstances, and thinks they’ll contend for a top pick then have another mediocre season.