The draft in any sport is a joy to watch.

It’s the night dozens of college hopefuls get to solidify their status in the big leagues. Surrounded by friends and family, the sporting youngsters know there’s no looking back once they get selected. It all starts here.

That’s no different in the NFL, and with the popularity of college football around the globe most of these athletes have been groomed for the bright lights already.

But with the audience comes intense pressure, and that can very much be the case with the top picks in particular.

Let’s look ahead to the 7 rookies, in my opinion, that have the most to prove next season.

This is almost a default pick. Some big board writers dubbed Williams as the prospect with the highest upside in the draft, despite being taken at 3. Williams will slot right in with the new look New York Jets lineup, but a lot will be riding on whether he can live up to the plaudits bestowed on him by draft experts.

Williams came out of an Alabama system that saw two of his teammates also selected in the first round. His game was described by Dan Kadar of SB Nation as “an explosive, quick mover in the middle…who can chew up multiple blockers and still makes plays”. He started just one season at Alabama, but it was a successful one. Many eyes will be on Williams and if he can fluidly fit into the big leagues as most people believe he will. 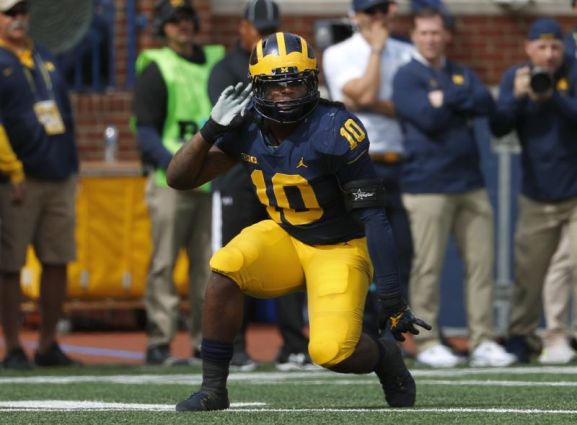 Drafted by – Pittsburgh Steelers (Round 1, Pick 10)

In many cases, the spotlight can be shifted onto a player that’s drafted to a team that specifically trades up to take him. This is very much the case with Michigan’s Devin Bush, as Pittsburgh took Denver’s #10 spot for the rights to the Big Ten standout. The momentum is changing in Pittsburgh, despite Big Ben still running the show.

It’s the first season in how many years we’ll see the Steelers line up without Antonio Brown and LeVeon Bell in a yellow and black uniform. Bush will provide much needed protection on the defensive side if he can come in and impact right away. The trade up is added pressure for next season. Bush has proved he can be a fiery character, with his defacing of the Michigan State Spartans logo, so there’s that too.

Drafted by – Washington Redskins (Round 1, Pick 26)

The Montez Sweat health-saga was a weird and peculiar story to follow. It was reported that NFL doctors diagnosed him with a condition known as hypertrophic cardiomyopathy – essentially the thickening of heart walls. Reports suggested on draft day and post-draft that this may have been a misdiagnosis. It’s unfortunate for Sweat.

As a draft prospect, many writers had him going far into the Top 20 if only for his medicals. Teams are reluctant to take risks in the first round and there was no doubt that he fell victim to that. Drafttek had him going as #11 in their big board. Redskins coach Jay Gruden was pretty happy to have grabbed him at #26. “You see his length and then you watch him run after practice and he’s faster than anybody we have probably right now.” It will be interesting to see if he can debunk the medicals next season and prove he should have been a higher pick.

As a Raiders fan, I wasn’t surprised to see Jon Gruden and the backroom team pluck a relatively outside prospect at #4. For all that the Raiders bought in to Ferrell pre-draft, they will have a lot of doubters to prove wrong come next season. Ferrell was a consensus late first round pick took quite high. SB Nation highlighted he possessed “average athleticism and burst” and “may be suited to only play as a 4-3 end.”

There’s no doubt that he came from as good of a system as any in college. Ferrell was a 4-star recruit out of high school, but became an important piece of Clemson’s national championship winning side in college. For what he may lack in athleticism, he makes up for in his hands and work on opposition blockers, according to some writers. He’ll join up with a relatively young and new looking Raiders defensive line in 2019.

Nick Bosa was an almost consensus #1 pick in the draft in 2018 before he withdrew himself from his Junior college season. Bosa suffered a core muscle injury during last year and ultimately decided not to play for the rest of the season. The decision cost him on a lot of writer’s draft boards, but wasn’t uncharacteristic for a player of his caliber. Bosa went on to compete at the NFL Combine this year to prove his health.

It’s never easy being the brother of one of the best edge rushers in the league. Joey was selected #3 in the 2016 draft by the Los Angeles Chargers. Pair that with his Dad having been a first ound pick in the 80s, and you’ve got yourself quite a family. There’s little doubt that Bosa will succeed in the league. His injury history, paired up with his brothers, seems to have lowered expectations somewhat, but he’s still projected to make a big impact straight away.

If Clelin Ferrell’s big jump was a surprise to many draft-night watchers, Duke QB Daniel Jones being taken at #6 had people falling off their seats. Jones put up solid numbers as a starter with Duke for several years, after going unranked in High School and red-shirting with the team in his first year. But many had him way outside of the first round, and he was far from the #2 ranked QB according to most writers.

Having said that, the fit in New York made sense on reflection. Duke coach David Cutcliffe had worked with Peyton and Eli Manning during their college stints, so the familiarity existed to be Eli’s successor. It was a strange move however not only there being better QB’s on the board – but as a fit in New York. They badly needed to address defensive issues in the draft but vied instead to go with a QB they could have picked up way later. It speaks for itself, really.

Drafted by – Arizona Cardinals (Round 1, Pick 1)

It’s not uncharacteristic to have two Quarterbacks in the top 2 with most to prove next year. Being the position it is, we’ve seen teams take higher risks with QB’s in recent years not to miss out on the next franchise altering talent. It seemed like the risk on taking Kyler Murray with the #1 spot became less and less as the draft approached.

Arizona had big decisions to make. Taking QB Josh Rosen in the first round last year meant they had to decide whether to stick or split. It may have seemed unfair on Rosen, who was paired up with a pretty awful offensive line and team in general last year. But another first round pick that year, #1 pick Baker Mayfield, paved the way for Kyler to become who he is. Both Heisman winners, both out of Oklahoma, with different skillsets. The Cardinals took their guy, and he’ll have to prove that he was worth the shakeups next year.